We recently took a trip to Shenzhen, China. Shenzhen is a major city in Guangdong province, located just to the north of Hong Kong on the Chinese mainland. It’s also the epicenter of the Chinese electronics industry.

We have been purchasing parts directly from China for a number of years – LEDs, connectors, electronics components – but had never traveled there. We went for the Dangerous Prototypes Hacker Camp Shenzhen. Our mission was to visit some of our long time suppliers in person and to line up agents on the ground who could help us source everything from components to cables to cases to manufacturing to finished electronics. On that front: mission accomplished.

Shenzhen is known for it’s electronics markets – hundreds of small and large vendors in dozens of buildings all across the city’s central Futian commercial district. The markets are more extensive than anything we imagined. The Seg market is one of the larger ones. Picture Fry’s Electronics going up seven stories: the first 2 are mostly electronic and mechanical components, above that are circuit boards. Above that are all manner of finished electronics. Scattered throughout are the tools to build and repair the electronics. The building is actually organized as a stack. Crazy. 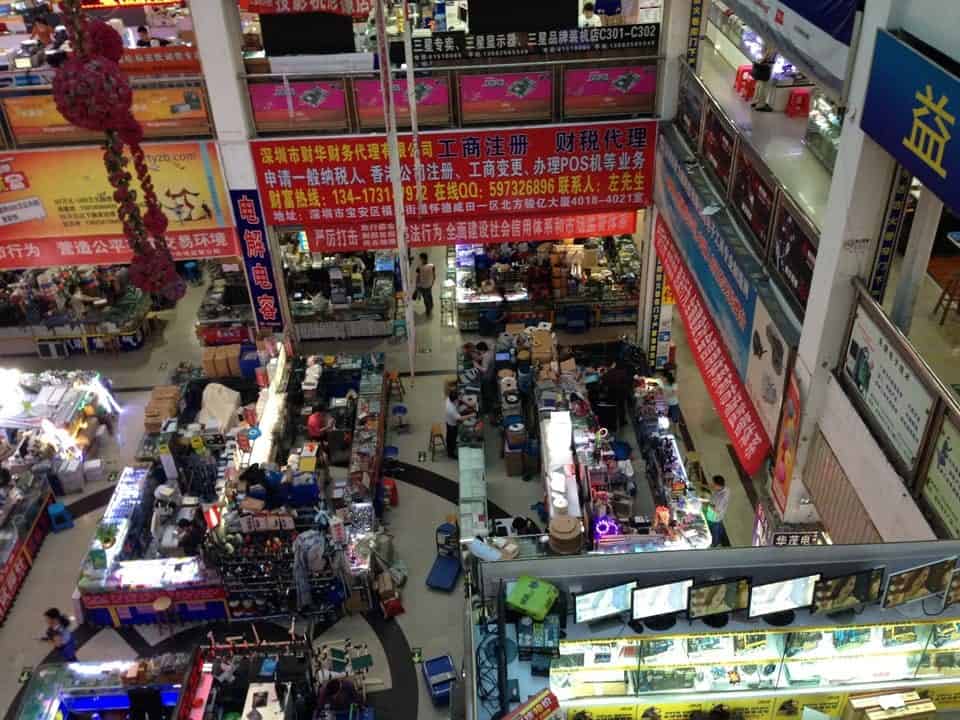 Unlike Fry’s which is a single operation, there are hundreds of vendors in these markets. Very competitive. They range from 4 foot showcases to entire storefronts with street access. Some just resell, others represent the factories that cluster to the northwest in the Bao’an district. Most are highly specialized. Here’s a small connector shop, and a shop that sells pogo pins and other parts for making test jigs. 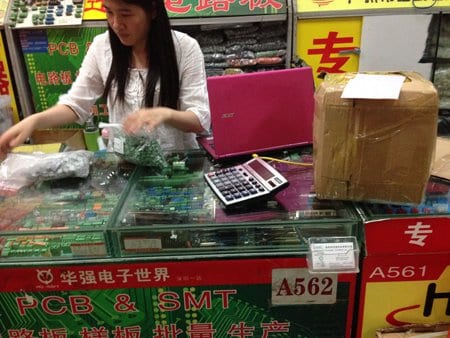 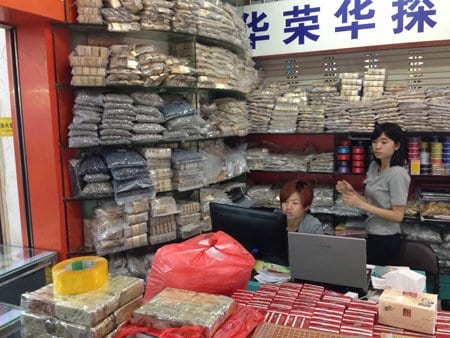 The Seg building is just one of many markets. There are multiple buildings dedicated to cell phones and accessories. One that just sells tablets, another LEDs, another batteries. In what we call the “Dodgy Cell Phone Market” there are young Chinese people sitting in empty stalls with nothing but a phone and some tea. Waiting for calls from overseas buyers, we figured.

While many markets are for consumers (particularly when it comes to cell phones and computers), many are to-the-trade. We visited two “equipment malls” north of the city that cater mainly to the factories and manufacturers. The quality has to be good or their limited market will desert them. These are good prospects for finding quality parts, tools and equipment.

The markets are fascinating, but Shenzhen is a lot more than just a set of sales outlets. It’s an entire electronics ecosystem. More on that in our next post. 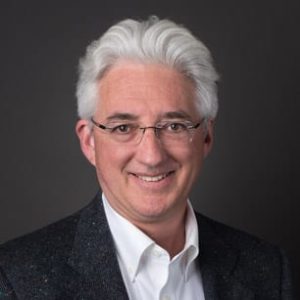