In our previous post we talked about the markets of Shenzhen. But the markets are just the most visible part of the Shenzhen electronics ecosystem. Other major parts include factories, logistics, finance, recycling, and in-country agents. Taken together these provide a rich set of skills, capabilities and relationships that make the whole thing go.

Most people know about the big guys, like Foxconn – who manufacture Apple products and many others. There are of course many pristine white factories in manicured industrial campuses. We visited a few. But there are also many tiny factories of a just a few hundred square meters located in rabbit warren districts to the north of the main city. We visited those, too. Finally, there are families, couples and small groups that have purchased high end equipment like 3d metal printers or wire bonding equipment that have smuggled them into their apartments at night. So the definition of a “factory” is pretty broad. Here’s a battery factory we visited. 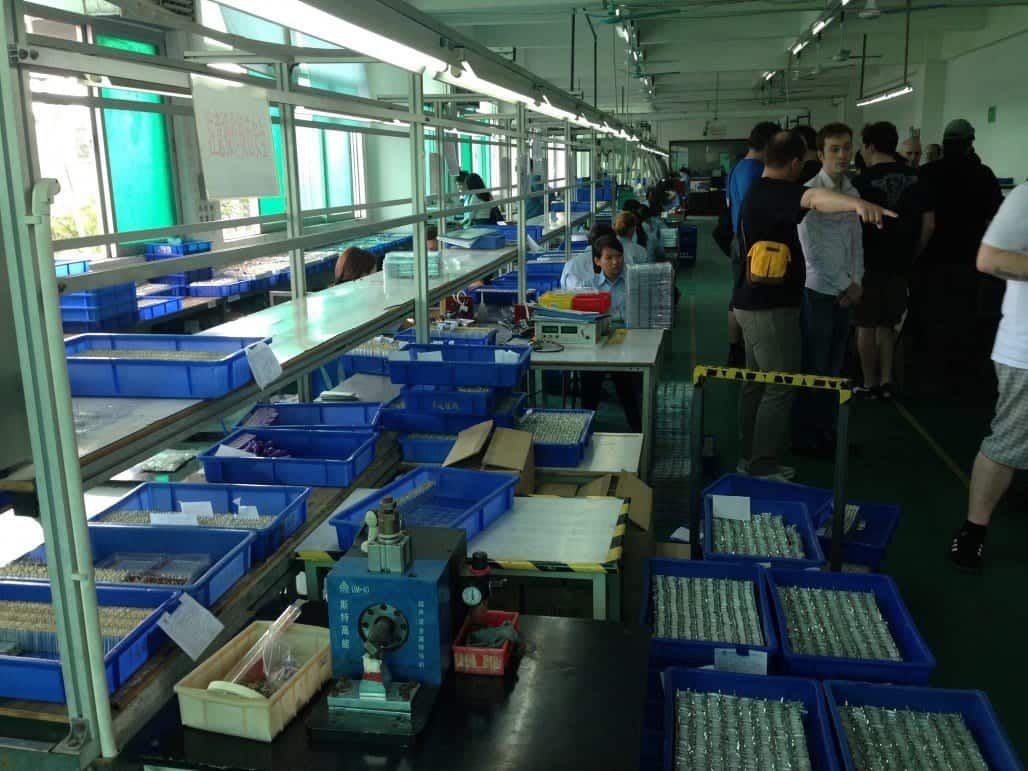 Factories are a network. Together they can make almost anything but each factory is usually quite specialized. Examples: pin connectors, cable assemblies, LCD manufacture, LCD screen assembly, printed circuit boards, PCB assembly, injection molding, stamping and metal bending, etc. Getting a complete product done often means working across multiple factories – whether you do that, your agent does that, or the factory does that itself.

Factories are about capabilities, not products. If you go into a factory and ask to see the parts catalog you are asking the wrong question. It’s not about what they “carry” (often nothing), but what they can make. Typical dialog: “Can you make this?” “Yes” “How much will it cost?” “How quickly do you need it?” The metrics are somewhat different than what we’re used to in the west.

How does all this stuff get out from Shenzhen? Shenzhen is home to hundreds of shipping operations that get goods out from Shenzhen via DHL, Fedex, and the other usual suspects. Many of these concentrate in “shipper alleys” with bay after bay populated by independent shipping operations. At the end of the day the noise of that yellow shipping tape being wrapped around hundreds of boxes is deafening. 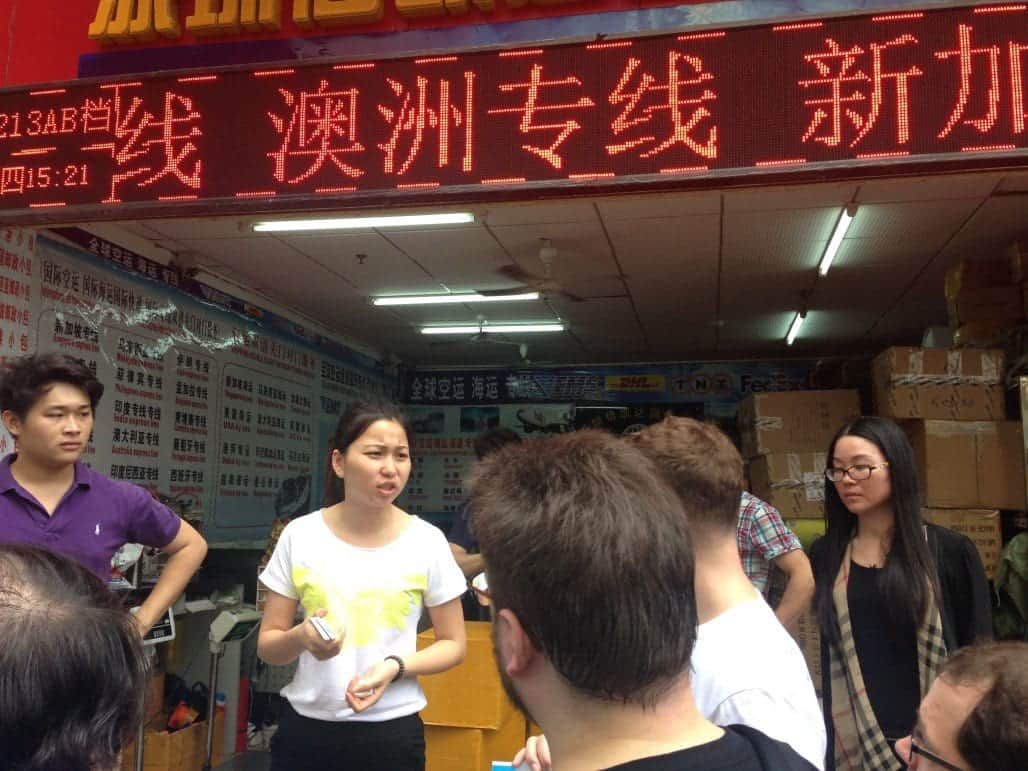 We used one our hosts call Sally Shipper, except Sally quit so now it’s Linda Shipper. Shipping can be surprisingly fast. Some items we ordered on our last day arrived in the US before we did. Or it can be surprisingly slow if you want, going by sea. There is also the Hong Kong connection. As Hong Kong is a short drive away some goods go out of there because of the more favorable tax treatment afforded Hong Kong as part of their re-unification agreement.

Foxconn’s big 2007 factory cost about $500M USD to build. Presumably some bank financing was involved, but we don’t know that for a fact. What we did learn was that the small factories we visited were generally owned by individuals, families, and communities. Not banks. The money flow is pretty close to the ground. 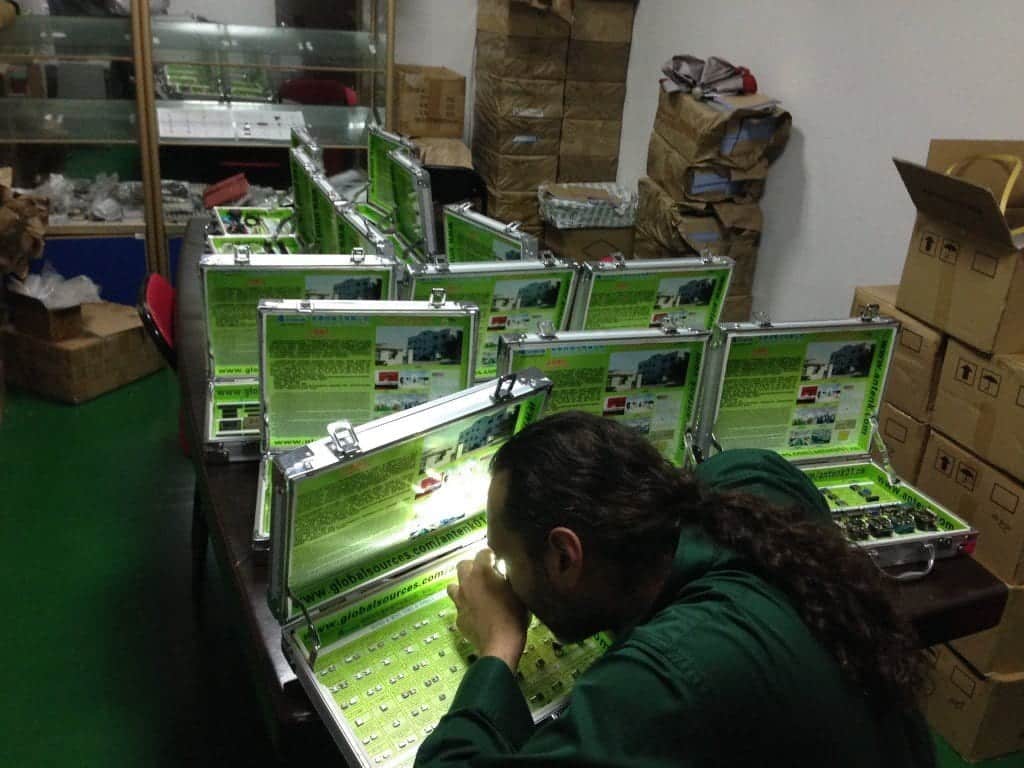 We also learned that Chinese tax law is arcane. People do crazy things because of this. The price of goods and services varies widely depending on whether you need a tax receipt or not. There are entire secondary markets reselling factored tax liability. You can buy this stuff on the street if you know where to look – or more likely where to listen – as the vendors shout their deals out as if they were selling cell phones.

Perhaps the most interesting part of the ecosystem are the recycling operations. Very little goes to waste. There are blocks of markets on Shennan Central Road that sell nothing but used cellphones. People dump thousands of used cellphones in the street where young Chinese “breakers” chip them apart into circuit boards, batteries, screens, and (mostly broken) cases. Then they are put under hot air to pull off the valuable electronic components. This raw material is used to remanufacture phones. These phones sell in bulk for resale in other parts of China, India, Africa, and other locations. So new phones get made here, get sold, return and get remanufactured. The dragon eats it’s own tail.

A significant part of the ecosystem are the on-the-ground agents, brokers, fixers, handlers, sourcers, sorcerers, or whatever you care to call them. It’s really a good idea to work with someone who has relationships and deep experience. That was one of the main reasons we went – to establish those connections.

In our next post we discuss innovation coming from China. It’s not just about cheap copies. There are some really interesting things going on that deserve some further discussion.

We recently took a trip to Shenzhen, China. Shenzhen is a major city in Guangdong province, located just to the north of Hong Kong on…

Our earlier posts discussed the electronics markets and ecosystem in Shenzhen. A common conception is that China is known for cheap copies and knockoffs of…

3 thoughts on “Shenzhen, China as an Electronics Ecosystem”