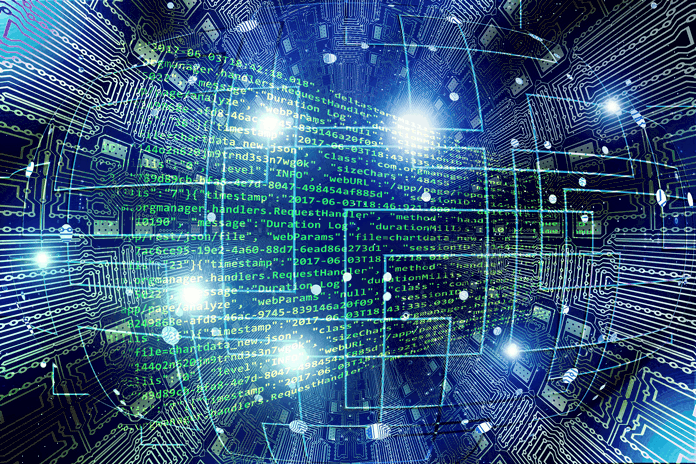 I am a member of a development team that has nearly completed the task of replacing Apache Solr with Elasticsearch for our web application. This case study is a recounting of the methods used and challenges faced during the experience. Read on to learn why and how we pulled it off.

Our web application uses a relational database as well as a non-SQL document storage database. The content in the non-SQL database is derived from two different applications: our own, and an upstream application that provides data to our system. The combination of the content is indexed to be searched from our application. Also, the web application and its databases are hosted in the cloud using Amazon Web Services (AWS). 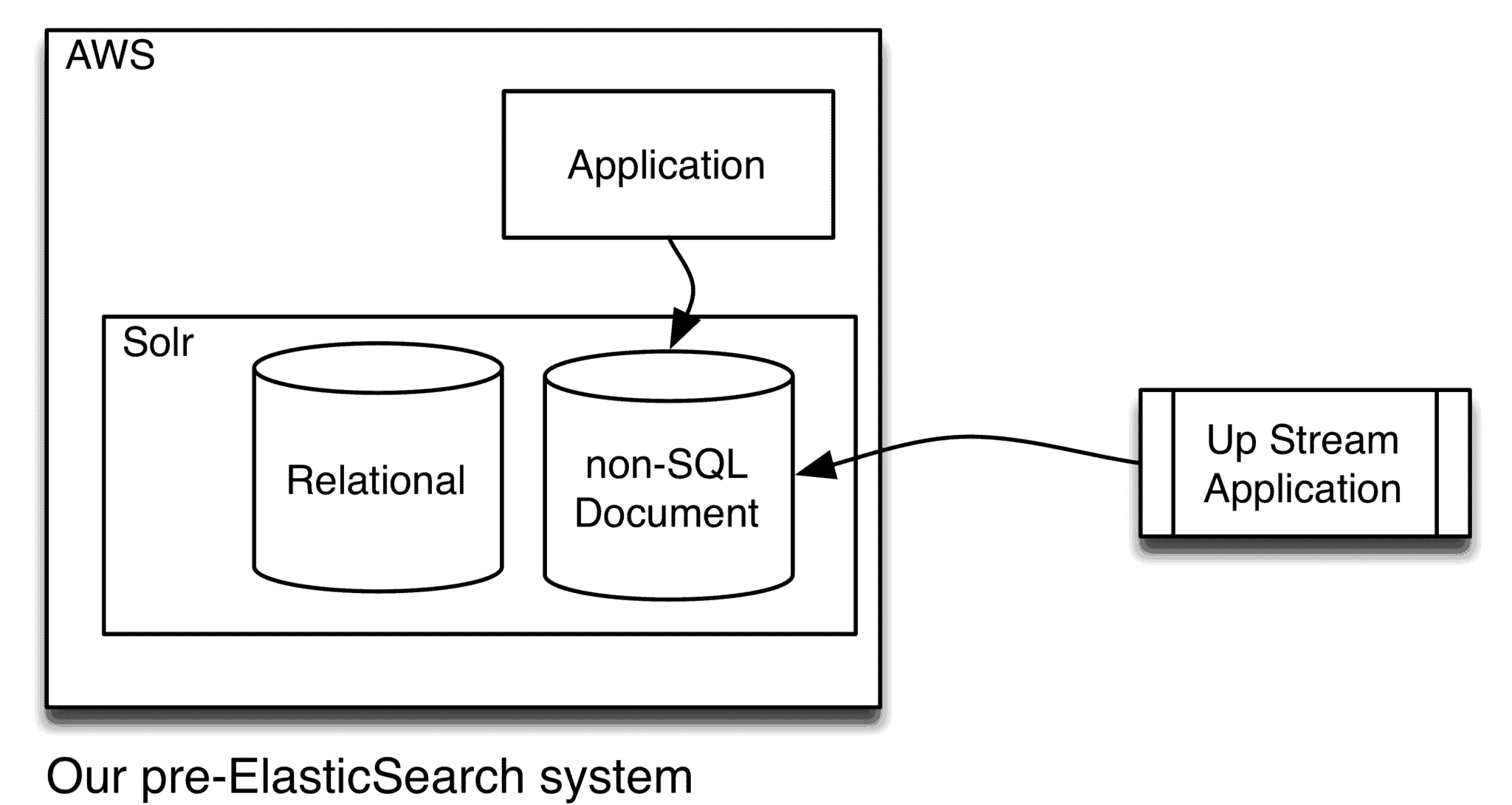 There were design flaws in how the indexed data in our non-SQL database was organized and maintained. These flaws led to poor search performance and difficult maintenance processes. The team decided that a full redesign was required. Since a redesign is already a major disruption, it is also an opportunity to change the underlying non-SQL database technology.  Elasticsearch was selected as the target platform because it meets our needs for storage, indexing, and maintainability. Also, Elasticsearch is directly supported as a service in AWS, while Solr is not offered as a supported service.

These ideas guided our team in our goal to replace Solr with Elasticsearch:

The following summarizes the steps we took towards achieving our goals.

All of the Solr related code in the application had to be gathered into a concise “search index” interface that was not specific to Solr.

A feature was added that queries an external dependency and indexes all of the data on Elasticsearch. This feature meets the need for the indexed data to be rebuildable on demand.  At full scale, the amount of data is in the tens of gigabytes. Therefore, the feature was implemented as an asynchronous task that runs on a scheduled basis, and can also be initiated on demand.

Throughout the development process, the application needed to continue to be usable with the older Solr index. Multiple deployment configurations were set up to allow an incremental release of Elasticsearch and replacement of Solr. The configurations are:

We added a nightly job that compares the data stored in Elasticsearch, Solr, and our relational database. If any inconsistency is detected, an email is sent to the development team.

At the present, all of the steps are complete. The released version of the application is currently configured to read from Solr in some areas of the application and from Elasticsearch in others. Having only some parts of the application take advantage of the new database allows us to limit the impact of any unintended bugs, and also allows side-by-side comparison of the improved performance.

Challenges along the way

There were some stumbles on the path getting to this point.  One challenge was ensuring that the database remained consistent while being updated from multiple application servers. Elasticsearch offers external versioning as a method of optimistic locking when the data comes from an external source. The external versioning strategy worked for our use case.

A large volume of data needing to be processed posed another problem. Anytime there was an issue rebuilding or validating the index, attempts to reproduce the issue with the complete data set would take too long. We had to rely on careful code review and integration tests that created a limited amount of data in order to ensure that the design was bug-free.

Incorrectly detecting errors during bulk operations on Elasticsearch was a mistake that went unnoticed while testing with small datasets. The bulk API operation response contains an array of results for each individual document updated in the bulk operation. To determine which documents were not able to be updated during a bulk operation, the status of each individual result should be used rather than checking the overall HTTP response code from the request.

Upon reflection, the biggest challenge we faced was keeping the Elasticsearch index up to date with data from a system not under our control.  There is no mechanism for easily identifying what data from that upstream application has changed over a period of time. We had to resort to polling and implementing data reconciliation logic in our data ingest. Ideally, the upstream application would have offered an API that indicates a record of changes over a period of time. In that case, the state could be maintained and only the necessary documents get updated.

The approach we took turned out to be sound and we were able to successfully deliver a more usable system for our client and users. So far, everyone is happy with the new architecture and the benefits it is delivering.

Idempotency. One of the key characteristics of REST, and yet so poorly understood (at least if one surveys the landscape of “RESTful” APIs available floating…

Development teams are always on the lookout for more powerful tools that allow them to build better web applications faster. And it feels like there…