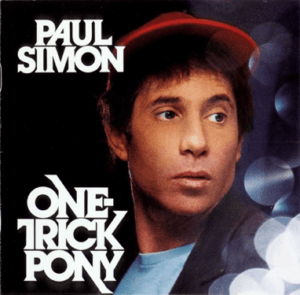 There’s an excellent Paul Simon song circa 1980 called “One Trick Pony.”  It is the title song from a movie about the life of a rock musician (played by Simon), who scores a big hit with his anti-war anthem, “Parachutes,” but can’t replicate his previous success even though he still writes great songs and has a crackerjack band. He and his band continue to play relentlessly to small crowds, but the record companies who used to love him now don’t want produce his records.  For movie’s star, the life dilemma is tough one:  Does he give up music and find a new line of work?  Does he cave and tour as a one hit wonder?  Does he push on making new music that few people will ever hear and leave his one hit behind?  There is no easy answer.

High tech CEOs face a similar “One Trick Pony” dilemma.  After all, birthing that first product was incredibly difficult, and the customer response has been great.  Your company is making enough money to stay in business, so why wouldn’t your company just do more of the same?  Because becoming a one trick pony can happen overnight, and the impact can be catastrophic.  Here is an incomplete list of how your company can turn into a one trick pony:

I hope that, by now, you’re convinced that becoming a “one trick pony” has many downsides and few rewards.  Here the four things you can do to avoid becoming a one trick pony company:

You have a variety of tools at your disposal that give you the opportunity to speak to the social media universe. Blogs allow you to…

I read an article yesterday about Nasa using Google HTC Smartphones as the onboard computer for a series of earth science satellites. If you've ever…